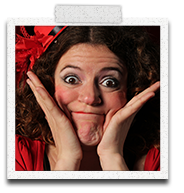 After finishing her course on Socio-cultural Activities (Granada, 2003), she travelled to Madrid in order to develop her career on circus and theatre. She attended to Carampa Circus School (Municipal Circus School of Alcorcón) for two years. During 2006-2007, she combined her studies with her work as assistant director for Hernan Gené on Sigue el baile and Cronopios, on Carampa Circus School. She also worked as a circus extra-curricular activities instructor in some schools. Since 2004, she runs the show Vaya Circo, by CIRCOBAYA, and works as a professional artist for different companies: In 2007-2008, she was part of Cruzando el Charco, a circus collective, and took part in the creation of the show Gran Circo, touring Chile, Spain and Italy. Between 2009 and 2013, she was part of the troupe Tres Puntos y Aparte, Audience Prize for its show Un Poco de Todo …y Algo De, in Todo Teatro Festival (Palencia, 2009). 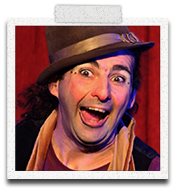 In 2003, he moved to Madrid to attended to Carampa Circus School (Municipal Circus School of Alcorcón), where he studied circus and theatre. During his professional career, he has created and been part of several professional troupes and companies: Cía. Skandal Brothers (2003/05); Cía. Las Pulgas del Viejo Circo (2002/2006); Cruzando el Charco Circus Collective (2007/08), touring Chile, Spain and Italy with the show Gran Circo; Cía. Tres Puntos y Aparte (2009/13), Best Show Jury Prize in Noctívagos festival (2011) for Un Poco De Todo... y Algo De, and CIRCOBAYA (2004/2014). He has also worked as a street and private parties performer. Between 2004 and 2008, he worked as a circus instructor for “Circo en la Naturaleza” Work Camp, and some others kids camps. He worked as a director and assistant director in different shows too. Actually, he is part of El Viaje de Miércoles (Wednesday’s trip) the new creation of Circobaya.